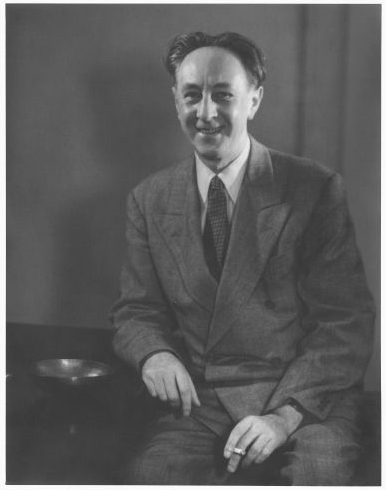 Bohuslav Jan Martinů (; December 8, 1890 – August 28, 1959) was a Czech composer of modern classical music. He wrote 6 symphonies, 15 operas, 14 ballet scores and a large body of orchestral, chamber, vocal and instrumental works. He became a violinist in the Czech Philharmonic Orchestra, and briefly studied under Czech composer and violinist Josef Suk. After leaving Czechoslovakia in 1923 for Paris, Martinů deliberately withdrew from the Romantic style in which he had been trained. During the 1920s he experimented with modern French stylistic developments, exemplified by his orchestral works ''Half-time'' and ''La Bagarre''. He also adopted jazz idioms, for instance in his ''Kitchen Revue'' (''Kuchyňská revue'').

In the early 1930s he found his main fount for compositional style: neoclassicism, creating textures far denser than those found in composers treating Stravinsky as a model. He was prolific, quickly composing chamber, orchestral, choral and instrumental works. His Concerto Grosso and the Double Concerto for Two String Orchestras, Piano and Timpani are among his best-known works from this period. Among his operas, ''Juliette'' and ''The Greek Passion'' are considered the finest. He has been compared to Prokofiev and Bartók in his innovative incorporation of Czech folk elements into his music. He continued using Bohemian and Moravian folk melodies throughout his oeuvre, for instance in ''The Opening of the Springs'' (''Otvírání studánek'').

His symphonic career began when he emigrated to the United States in 1941, fleeing the German invasion of France. His six symphonies were performed by all the major US orchestras. Eventually Martinů returned to live in Europe for two years starting in 1953, then was back in New York until returning to Europe in May 1956. He died in Switzerland in August 1959. Provided by Wikipedia
Showing 1 - 20 of 156 for search: 'Martinů, Bohuslav, 1890-1959', query time: 0.10s
List  Tabulka
Search Tools: Get RSS Feed — Email this Search —